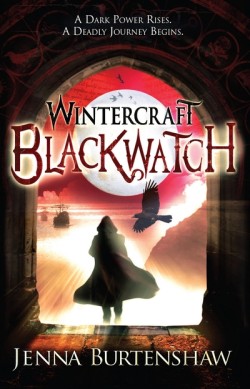 Published: 2011, April by Headline
Genre: high fantasy Age: 13+
Synopsis: Kate has escaped the clutches of the High Council and Silas has left Albion for the continent. But their lives are forever linked and as the veil weakens, causing Albion's skilled to fear for everyone's safety, Silas and Kate find themselves drawn together by the mysterious and corrupt Dalliah Grey.

Kate has been taken up by the Skilled, and down in the City Below she is safe from the Wardens. But even the City Below cannot protect her from the Skilled, who are increasingly sure that she killed one of their kind. Silas has left Albion for the continent; he is bent on finding the legendary Dalliah Grey, but they will not stay apart for long. Destiny has a nasty habit of being right, and Dalliah has other plans for the pair of them.

You don’t often see a high-fantasy novel that’s under 300 pages, let alone covers a short space of time. Most fantasies are huge volumes set in sprawling lands where half the novel is spent journeying from city to city, normally on the quest to kill some malign king or bury some ancient evil power. Wintercraft: Blackwatch is slightly different. It’s a short, dark fantasy novel which is set between two rivalry powers: Albion and the Continent. It is about saving the ‘veil’, a source of magical energy, from destroying itself and unleashing horror upon the world in the form of breaking the barriers between the living, the dead, and the half-life.

I wasn’t sure what to expect when I picked up Blackwatch. I had enjoyed reading the first in the series, Wintercraft, back this time last year, and remembered thinking that it didn’t quite have that zest that makes a good book an excellent book (no offence to Jenna Burtenshaw- I converse with her over Twitter and she is a wonderful person). I’m finding it hard to think of Blackwatch any differently, and I can’t help but think that it’s not the book that’s at fault but me. I read Blackwatch over a very busy week where it was very hard to concentrate. I had several exams, two trips to London, and just couldn’t lend Blackwatch the attention it deserved. So please bare that in mind.

The premise and world building- as with Wintercraft– is fantastic, and Jenna Burtenshaw has managed to include some great ideas which make Wintercraft/Blackwatch both intriguing and original. I love the concept of Fume, the Veil and Dalliah Grey. The prose, too, is of a high quality, both interesting and encapsulating, but most of all echoing with the atmospheric tension that is present throughout the entire novel.

The characters, however, I do feel have improved. Silas has become a little more rounded and Dalliah Grey is an intriguing manipulative woman who should have been dead centuries ago. Kate is generally unchanged and lacks in opinions, but she’s a decent protagonist- as are they all (decent, that is, not protagonists).

But I just didn’t feel that flair; I’m very sorry, Jenna. I should probably give Blackwatch a second chance- maybe over the summer- and perhaps I should re-review it. But this time round, I just didn’t feel much, and in all honesty, I’m pretty pissed off at myself! In conclusion, Blackwatch is an interesting novel, based on an excellent premise that deserved a lot more from me than it got. It is well written and surprisingly short, but for fans of The Spook series, Blackwatch is a perfect match.

More in the The Secrets of Wintercraft: