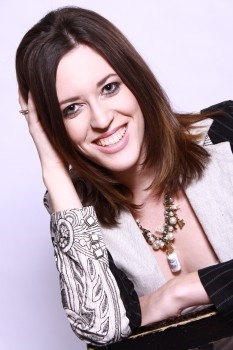 Names are important in books. Even more so than in films, I think, because in a film you form impressions of a character based on the actor who’s playing them. The appearance of the actor is the starting point whereas, in a book, the starting point is the name. I find that, as a writer, characters’ names are very important, especially at the beginning of the process. Once I have the name, I can see the character much more clearly in my head. And if I don’t have the right name then I find the character almost impossible to see at all.

There’s a sort of onomatopoeic quality to character names. You couldn’t, for instance, name a dangerous, devious villain something like Murray or Cecil or Bilbo Baggins. A hard character’s name has to have some hard edges in it. It has to sound right, and fit with that character’s personality.

Sometimes a character has to be painstakingly built from the ground up, which means 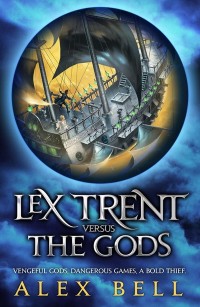 pouring through baby name books to find the right name when nothing quite seems to fit, making tedious lists of likes and dislikes for the character, plotting out intricate past histories etc. This is the manual method that I have to resort to sometimes when automatic pilot fails. It’s a method commonly recommended in ‘How To Write a Novel’ books but I hate creating characters this way and will always avoid it whenever I can. To me, the best characters are those that walk into my head fully formed. They are the ones I can see the most clearly, the ones that I can feel fidgeting around just begging to be written about. These characters come with their own names and their own completed biographies, and I instinctively know them far more intricately than I ever know those characters I try to create piece by piece out of nothing. The problem, obviously, is that you never know when one of these characters is going to just waltz into your head and you cannot force it to happen.

Lex Trent was one of those characters. When Lex decided to walk into my head, I was sat in an EU Law lecture at university. Of all the various types of law that I studied, I can say, with complete confidence, that the law of the European Union was by far the dullest. You’d be simply amazed at how many hours can be spent endlessly discussing whether or not a banana can be legally classified as a fruit. Or what percentage of cocoa butter needs to be in chocolate before it can be called ‘chocolate’. It is mind-numbingly boring stuff. The kind of thing that makes you lose the will to live a bit. Or start nodding off at the back of the lecture hall – especially last thing on a Friday.

I didn’t fall asleep in this particular lecture, however, because as I was sitting there 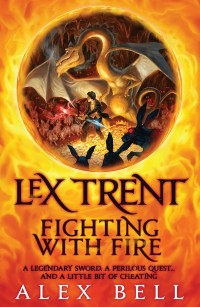 dutifully taking notes, Lex walked right into my head. He just walked right in there without me having to do any of the work whatsoever. Needless to say, I abruptly stopped listening to the lecturer who was still droning on about the bananas at the front of the hall, and began pencilling variations of Lex’s name into the margins of my lecture notes instead. I knew straightaway that his first name was Lex, but it took me a few attempts to get his surname. I wrote down Lex Trent, Lex Gentry and a couple of other variations that I can no longer remember. I circled Lex Trent and spent the rest of the lecture watching Lex run around inside my head (luckily my friend was paying attention to the EU Law, and I copied the notes from her later).

Once I had Lex’s name, I knew exactly who he was. When I write about Lex, it’s never a question of my trying to work out what he would say or do or think in a given situation – instead it’s simply a question of my poking him with a big stick to see how he will react. Which is fun for me. I don’t have to think about it. He does all the work by himself. That is the best type of character and the sort that is always the most enjoyable to write about.

Creating a character is a complex process but the name is the starting point and one that cannot be rushed. I’ve had to change names part of the way through a book before because the original name wasn’t right, and it’s always a jarring thing to have to do. Nine times out of ten, I find that if I can get the name sorted out at the start, then the character will come to life much more fully. That’s why the first book I would always recommend to any aspiring writer (after the Writers and Artists Yearbook, of course) would be a great big book of baby names.