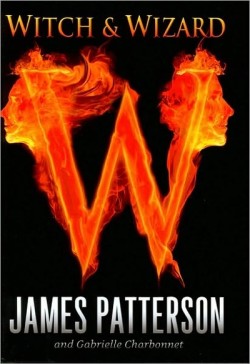 Published: 2009, October by Random House
Genre: dystopian Age: 12+
Synopsis: The world is changing - the government has seized control of every aspect of society, and now kids are disappearing. For fifteen-year-old Wisty and her older brother Whit, life turns upside-down when they are hauled out of bed one night, separated from their parents, and thrown into a secret compound for no reason they can comprehend. The new government is clearly trying to suppress Life, Liberty, and the Pursuit of Being a Normal Teenager. Imprisoned together and condemned to death, Wisty and Whit begin exhibiting strange abilities and powers they never dreamed of. Maybe there is a reason they were singled out. Can this newly discovered witch and a wizard master their skills in time to save themselves, their parents - and maybe the world?

A new political party has taken control of the earth as we know it. Their aim? To normalise the population and exterminate all those who rebel or are otherwise not normal. They will control our dimensions. For Wisty and Whit, this is the end of their time that they have lived for the past 17 years. In a burst of violence, they will be abducted from their home and taken to somewhere where they wall be executed. Why? For being Witch & Wizard….

I picked this off the bookshelf, having already read James Patterson’s other series Maximum Ride, with high expectations. As with Maximum Ride, this is in first person, from Whit and Wisty’s views. It’s a sort of apocalyptic/fantasy/sci-fi kind of book. Patterson hasn’t really done much to add to the classic witch stereotype. It’s pretty much a girl who can do magical things with a wand. Whit, the wizard, is slightly different, in that he doesn’t need a wand, but can still do magicky things. Anyway, the main theme, to my eyes, was the slightly apartheid-esque feel of it. This could make for an interesting book if done correctly. The book has a lot of potential if harnessed correctly.

But it was not to be.

There is far too little character development in my opinion, with ‘the One that is the One’ being a very weak, cliched villain. Even the main protagonists, Whit and Wisty,  are quite similar in their views, and it could have made for a much better book if they did not like each other. As it is, it is quite pointless having two points of view and only adds to the confusion of reading the novel. To be honest, my favourite characters were some of the kids in Garfunkel’s.

As I said earlier, the fact that Patterson uses two points of view is unnceassrily confusing, especially after putting the book down in between chapters for longer periods of time. It also means you have to read the chapter names, which I confess to not doing a lot…

After reading Witch & Wizard, I noticed that some of the core elements are very similar to Maximum Ride. Kids running away from a rubbishy enemy. Parent’s gone. The same sarcasm. So, basically to sum it up, this is Maximum ride re-branded. And I muchly prefer Maximum Ride. This is an okay book, but it does not live up to some of Patterson’s previous works, which I so hoped it would.

What did you think about Witch & Wizard?

More in the Witch & Wizard: