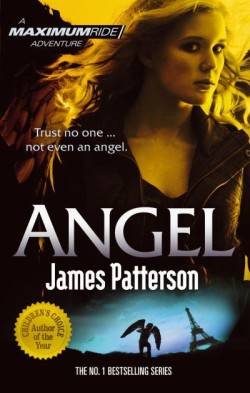 Published: 2011, March by Random House
Genre: fantasy, sci-fi Age: 12+
Synopsis: Max Ride and her best friends have always had one another’s backs. No matter what. Living on the edge as fugitives, they never had a choice. But now they’re up against a mysterious and deadly force that’s racing across the globe – and just when they need one another the most, Fang is gone. He’s creating his own gang that will replace everyone – including Max. Max is heartbroken over losing Fang, her soulmate, her closest friend. But with Dylan ready and willing to fight by her side, she can no longer deny that his incredible intensity draws her in. Max, Dylan, and the rest of their friends must soon join with Fang and his new gang for an explosive showdown in Paris. It’s unlike anything you’ve ever imagined . . . or read.

You’d think that James Patterson would have learned something from the obscene amounts of fan criticism his Maximum Ride series has garnered, not least because most denounce over half the series as being disappointing and, quite frankly, ruining a series that could have been so much more.

But he doesn’t- or at least he doesn’t seem to be listening, and instead we’re given book after book, year after year, in a spiral of regression in quality. If only Patterson spent time crafting his novels, rather than being the factory-like author he is, churning several books out every year.

And yet, he still sells. I doubt because of the stories or the plots; the more likely option is fans hoping for improvement, a hope that were Patterson any other author, would have been extinguished years and books ago.

The most disappointing thing about Maximum Ride is the fact that this could have been such a great series: it had a great concept at its core, streetwise characters that were funny and punchy action. Sadly, that was not to be: while fans claim that the first three novels are the best (they are), the series could have been a lot better than even the first three.

The problem lies with the lack of direction. Every review I write for Maximum Ride I mention this: there is no goal in the novel, there is no sense that Patterson knows what he is doing; he just seems to be writing wherever his mind takes him and it shows. Every book of the seven so far seems to involve the same basic plot devices- the hard facts are that this series is incredibly repetitive. And this is its downbringing.

I have not gone into specific detail in this installment because I do not need to. Maximum Ride: Angel is simply a rehash of every book in the series that has gone before it. I do not want to make the same mistake Patterson made: to repeat myself with every novel.

I used to be a fan of the series. I used to enjoy the action packed adventures of Max and Co. Now I just read them with pity, hoping that Patterson will finish a series that should have been finished about 4 books ago. The only good news that comes from this review is that the last few pages of Maximum Ride: Angel is that it advertises the fact that the last, in this flawed series, will come in a year’s time.

What did you think about Maximum Ride: Angel?