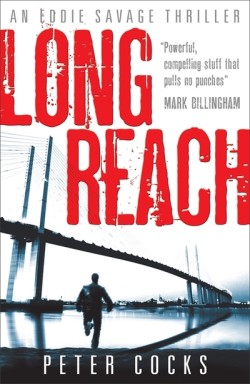 Published: 2011, January by Walker Books
Genre: spy, thriller Age: 15+
Synopsis: Seventeen-year-old Eddie Savage is shocked to learn that the body of his brother, Steve, has just been washed up in the Thames. But he soon discovers something even more disturbing: that Steve had actually been working undercover for the police – and was probably murdered in the line of duty. Determined to avenge his brother's death, Eddie relinquishes his old life and identity to take up where Steve left off, throwing himself headlong into his first mission – to infiltrate a tough south London gang. But as he becomes caught up in the world of crime, Eddie begins to question where his loyalties lie. Then he makes a terrible discovery...

In the world of espionage, things are never as they seem. Eddie Savage, – a 17 year old school boy, – is not who many think he is. He’s neither Eddie or Savage, and he isn’t a schoolboy either. : He is a spy, taking revenge on the man that murdered his brother: Tommy Kelly, pack leader of London’s largest and most dangerous group of criminals…

I can’t claim to be a heavy reader in YA thrillers, but I like to think that I’ve read and enjoyed a fair few- enough to know when I’ve found something special and different. Long Reach is such a find- a burst of adrenalin in the oft-static thriller landscape of YA fiction.

Long Reach doesn’t read like a debut solo novel (Peter Cocks collaborated with Mark Billingham to write Triskellion), and certainly not a standard thriller. Peter Cocks manages to reacts  both the espionage and thriller genres to create something that is rarely seen outside the film industry: a compelling story bursting with an energy comparable to the likes of recent James Bond films. Except this time the story is based in very familiar territory if you live anywhere near London.

London is, I suppose, the starting point of Long Reach, and one of it’s strongest aspects. For those who live in or near London, Long Reach will visit places you recognise or even frequent regularly, and it is this familiarity that really brings the novel down to earth. The locality, the sense of urgency and reality for Long Reach may simply be a plot device, but for London it is probably all too true.

Alongside the setting, the characters – recognisable and identifiable with your own life – manage to bring Long Reach to life. There’s Eddie the lost teenager, Sophie the gorgeous girl from college, and Tommy Kelly, who manages to evade all sense of evil you thought you knew and makes you suspect every fatherly figure. Long Reach is littered with characters from every day life, and it will make you suspicious of anyone!

Long Reach is everything it promises to be: an adrenaline-pumping, grounded espionage thriller with the potential to become a big player in the YA market. Peter Cocks makes every punch count and forces your heart to race in anticipation. Long Reach is a breathless, identifiable novel that comes before any YA thriller I have read so far. This is a James Bond for this generation!

What did you think about Long Reach?

More in the Eddie Savage: