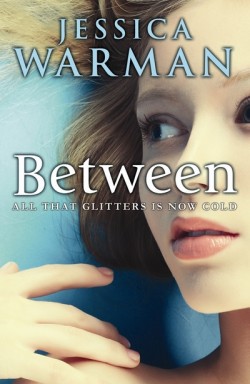 Published: 2011, October by Egmont
Genre: ghost, mystery, romance Age: 15+
Synopsis: Only the good die young. Right? Elizabeth Valchar has it all: friends, money, beauty, a cute boyfriend and assured popularity. But on the eve of her eighteenth birthday, she is found drowned next to her parents' boat. Everyone thinks it was a tragic accident - teens drinking on a boat, a misstep leading to a watery death. But Liz is still here after death, and she doesn't know why. There are gaps in her memory. Her only company Alex, a boy killed by a car a year earlier, Liz sets out to piece together her life. But their small coastal town is hiding many secrets - about families, boyfriends and friendship. Plus, Alex hates Liz for being mean when they were alive. Was she as squeaky clean as she thinks she was? Could it be that she herself is hiding the biggest secret of all? Can Liz discover the truth? And if she does, who can she tell? An engrossing, compelling thriller that peels back the layers of small-town life to expose true, ugly, cruel human nature.
Watch the book trailer

Liz can hear something banging against the hull of her father’s houseboat. It’s been rhythmically pounding for the last forty-five minutes and Liz has had enough. What she sees as she creeps away from the wreckage of her eighteenth birthday party though is quite different from what she is expecting, and will change her life. In fact, it will be the end of her life because she’s dead, floating in the water, her boot the source of the noise. But she’s not gone- not yet. There’s still something she needs to find out, just one thing. How did she die?

Clearly, as a teenage boy I am not the target audience of Jessica Warman’s third novel, but that doesn’t mean that my views should be written off because there are several things about Between that make it a less than great novel-. The general premise, for starters, is infuriatingly Lovely Bones-esque but with more of the clichés, including the main character Liz Vachar, a seventeen year old mean, rich, popular girl who treats everyone who isn’t in her social circle as scum. Naturally following the cliché, she gets turned from the nasty character she was before into a rather more “nice” version of herself by a boy. Except this boy is dead and they’re both watching the world move on from their deaths.

Between is a considerably chunky novel, weighing in at about 430 pages. That’s quite a lot; to sustain such a novel there generally has to be a storyline that pulls the entire story together. And there is- kind of. It’s supposed to the the mystery of Liz’s death, but it’s all a little limp. The memories Liz and Alex, her new dead pal, revisit are little more than muddled distractions. Rather than adding to the puzzle every time, they make the case of the supposed boat accident seem more hopeless every time these memories occur. It’s only in the last fifty pages or so that things really start to pull together, and even then we’re still left with a feeling of emptiness from the meandering that happened before.

And there’s more. I’ve read several reviews that have described Between as a “character study”. Essentially that is what it is, but it is a rather bad character study where most of the characters are all the same: all bland, uninteresting, inconsequential characters. And whilst Warman certainly attempts to make her characters burst with emotion, it is rather cold and lifeless and left me feeling unmoved. The dialogue seems to be the main problem; every character sounds the same, whatever their mood. If they’re sad Warman will say they’re sad, but apart from that they continue chatting in their jovial tones. It was infuriating to see, in particular, the complete non-existence of anger in a story that really ought to be filled with anger. The only vaguely intriguing character was Alex, and even he was past his sell by date.

As for the “unexpected shock” of Liz’s revelation that so many reviews promise? Well, it’s hardly a shock. Even Alex’s secrets aren’t shocking, though they’re certainly more believable than the revelation of Between.

So why didn’t I just stop reading Between? Why didn’t I just move on if I didn’t like the novel? Partly because I felt indebted to the reading community to offer my honest opinions on Between, and partly because of Warman’s prose when she gets it right. It is beautifully descriptive in parts and often very sensitive. This isn’t an attempt to be mean, and if you’re reading this Jessica Warman, please forgive me. Between is so far from the “emotional punch” and the “page-turning urgency” it advertises, and it certainly isn’t an “incredibly romantic thriller”. For a start, there’s really not much romance in Between other than the remembrance of love. You may like this book if this is your thing- but if you’re looking for a truly romantic thriller, then Between isn’t for you.