If you know me even half well, you’ll be familiar with my love of Philip Reeve’s writing: from Mortal Engines, one of my top (EVER) series to Here Lies Arthur – an alternate history for the myth of King Arthur, I just can’t get enough. So my excitement has been second to none since the announcement was made that Philip will be delving deep into a whole new world with his latest project, RAILHEAD (you can read my review of RAILHEAD here).

RAILHEAD  is the story of Zen Starling, a petty thief and self-confessed ‘railhead’ who loves to ride the  rails to nowhere. It is set in a far-flung galaxy connected by thousands of gates, linked by  indestructible rails – The Great Network, where hundreds of sentient trains criss-cross the universe i n  seconds. Zen Starling is chosen by the mysterious  nd powerful Raven to steal something that has the  power to bring everything in this galaxy and the next to an end.

Anyway, long story short, to accompany the publication of RAILHEAD on 1st October, Oxford University Press have commissioned several concept artists to recreate scenes from the novel, and I have the pleasure of sharing two with you today! Both different in style, one could almost be a film poster (or even the book cover!) whilst the other has an earthier, grungier feel. 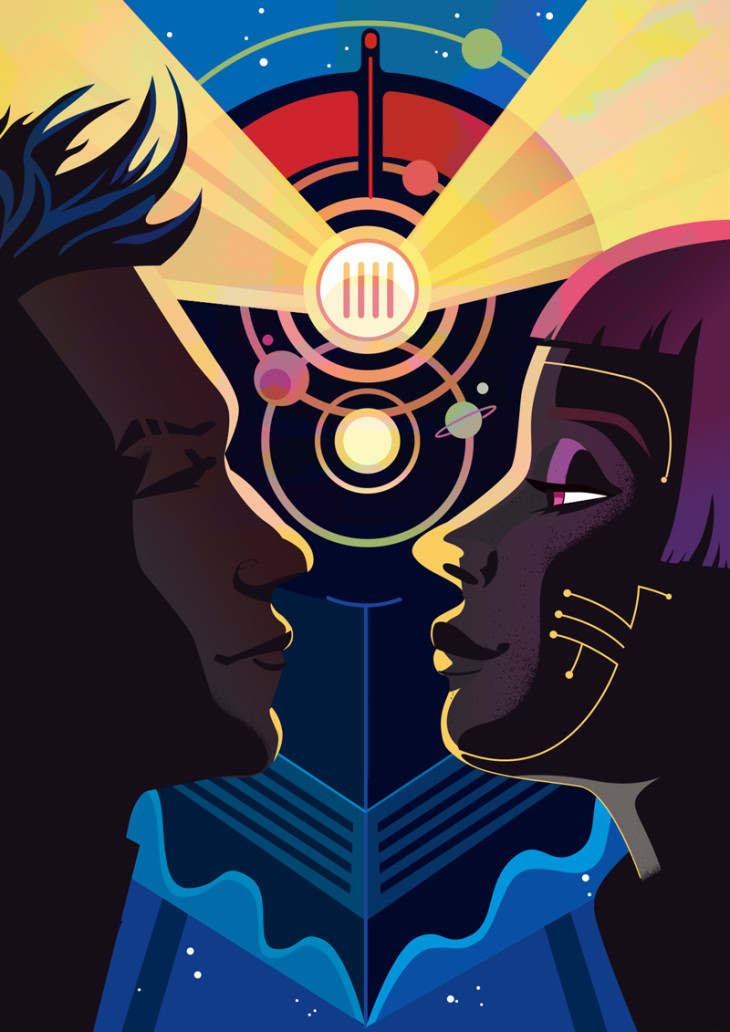 Zen and Nova face each other in this artwork for RAILHEAD by Rob Ball, a graphic designer and illustrator. 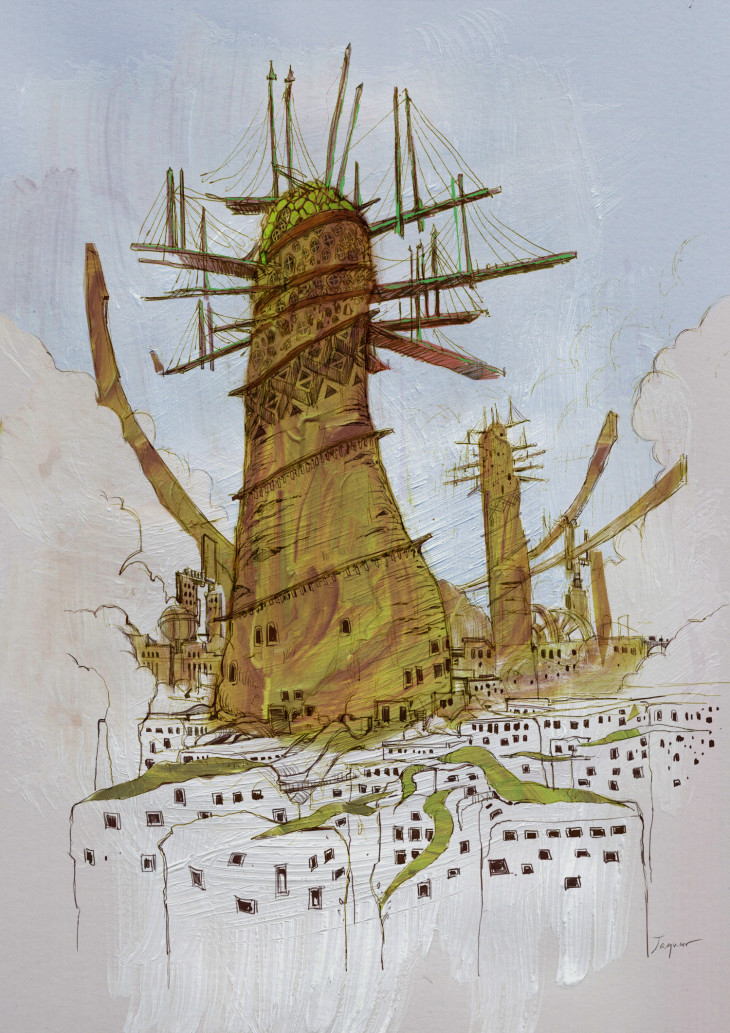 Welcome to Cleave – a city like no other. Artwork by Jaguar Lee – an artist who has previously envisioned Reeve’s Mortal Engines.