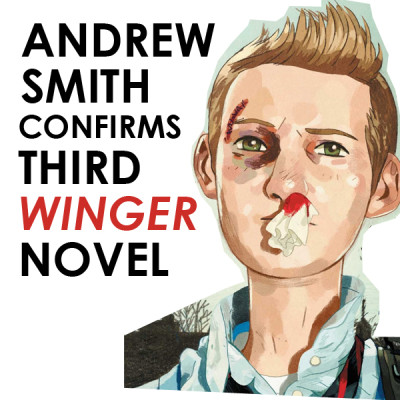 Stand Off, the first sequel to Winger, is about to hit shelves but already Andrew Smith (Grasshopper Jungle, Winger) is thinking of the future. He just confirmed plans for Winger three (which would make it the second sequel) as well as a spin-off middle grade novel based on the character of Sam Abernathy, introduced in Stand Off. Just check out the tweets below:

@rhyswolfgang there MAY be a middle grade about Sam Abernathy, too…

@rhyswolfgang it'll be a while, but, yes, the MG will come first.

This is good news for those about to embark on Stand Off; it’s one of the best contemporary novels I’ve ever read, and it’s even better than its predecessor (if that’s even possible). But finishing it, I couldn’t help but think that Ryan Dean’s story will continue when he goes to college – and Andrew seems to agree!

If the wait between Winger (2012) and Stand Off (2015) is anything to go by, we could be waiting until 2018 for Winger three. But that’s okay. I’m sure Andrew will be publishing plenty of great stuff between then and now, and I’d rather wait for another superb instalment than rush for a sequel.