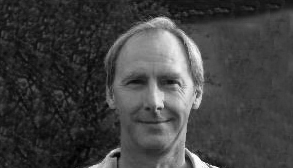 To celebrate Chris d’Lacey’s newest novel, Fireworld, being released today (6th January 2011), we are holding an interview with him! If you’re a fan of his Last Dragon Chronicles, this shall give lots of insights into the whys, hows and whens! The Last Dragon Chronicles are widely sucessful, and Fire World is the penultimate novel in the series…

Can you tell our readers a little about the concepts and plots that drive The Last Dragon Chronicles?
The one question that’s always intrigued me about dragons is why so many people are fascinated by them when there’s no real proof of their existence. Are they something the human race has collectively imagined?  Did they really once roam the Earth?  Are they, indeed, out there somewhere?  It’s the desire to answer these questions, combined with my fascination for quantum physics, the environment, a love of animals, and the power of human thought is what drives the books

In The Last Dragon Chronicles, your concept is very different to the standard dragon fantasy. How did you come up with the idea of clay dragons coming to life?
I simply bought one at a craft fair one day and thought it would be a good job for Liz Pennykettle to do.  It was my editor, not me, who saw the potential of developing them into living characters.

There is a wide range in age of characters in The Last Dragon Chronicles. Do you find it easy writing from the perspective of different age groups?
I think a good writer can write a child character just as easily as an adult one (or a dragon, for that matter).  I like the mix in the books because it’s very representative of real life.

When you first wrote The Fire Within, did you expect it to be published?

Oh, Fire Within has a long and convoluted history. It won’t surprise any of my fans to know that it began life as a squirrel rescue story – the real version, in fact, of Snigger and the Nutbeast that David writes for Lucy in the book.  No one wanted it in that state, so I turned the narrative round and told it through human eyes instead, not squirrels’.  Enter David, Liz, Lucy etc.  Once I’d got that domestic setup I was pretty confident it would be published.  When the dragons came into it, I was convinced.

The latest book -Dark Fire- is very different to The Fire Within. Was it your intention to darken the book, and make it much more action-packed and dramatic?
Dark Fire is just a natural progression of the overall narrative.  From Icefire onwards I let the books go where they wanted to.  They took me into some pretty dark (and weird) areas as your readers will know.  I had wanted to write a battle book for some time.  So I think DF was my subconscious mind reacting to that.  I was very pleased with the scenes at the end of Dark Fire, and all the twists and turns in the plot.  It’s fast becoming my most popular book.

Your latest novel in The Last Dragon Chronicles -Fire World- is released in the UK on the 6th January. Can you tell us a bit about what to expect in this latest episode of dragony-goodness?
Expect the unexpected!  That’s all I’ll say about Fire World.  It’s a lovely, lovely book, much gentler in tone than Dark Fire, but really quite creepy in places.  It’s set in an alternate universe.  All the popular characters are there, but they all have slightly different names or relationships.  Anyone who hasn’t read the Chronicles will be able to read it entirely alone.  But for those of you who do know the other five books, you’re going to have a great time sorting it all out

Do you think you’ll ever write a prequel or sequel series to The Last Dragon Chronicles? What will you do after The Fire Ascending, the last book in the series, is published?
To answer the second question first: I don’t know.  Honestly.  I haven’t thought that far ahead.  As for prequels.  Well, I had the idea that the Dragons of Wayward Crescent series would collectively form a prequel to The Fire Within, but sadly those books just aren’t taking off and might have to be shelved.  We’ll see.

One last question specific to The Last Dragon Chronicles; have the film rights been bought? And if so, can you spill some of the beans…?
Hello Hollywood! Wake up! The film rights are still available. Every year, hundreds of fans ask me this question and the truth is there HAS been interest in filming the books (particularly Icefire) but no one ever takes up the option.  I think they would make great films, but I wouldn’t film each book discretely in the way that the Harry Potter stories have been done because there are elements of the later books that I would bring to the beginning.  I would be content with two films that covered the series as a whole.  I promise you this: if no one’s taken the bait by the end of book 7, I am going to write a screenplay myself…

When you write, do you think of the people who read your books, or do you just write something you enjoy?
Honestly, I write something I enjoy, because if I didn’t it would come through in the story.  This is not to say that I don’t have my readers’ interests at heart, I do.  I always take into account what the fans have to say about the books.

How do you make the characters who they are- do they all have elements of yourself in them, or is there a method to it?
I just immerse myself in their world and try to look at their environment through their eyes. But yes, I bring all my own emotions and feelings into it.  Someone asked me once if I was a polar bear in a previous life because I write those characters so well.  This partly fuelled some of the scenes in Fire World.

And Finally, What is the most enjoyable part of writing a novel?
I’m tempted to say ‘finishing it’ because it’s always such a relief.  But the real joy comes in discovering something you weren’t expecting – such as what the book is really about.  I know that sounds a little odd, but stories have a tendency to surprise you in this way.  You can start out writing one thing, only to find, 50,000 words later, that you’re on a completely different path.

What did you think about An Interview With Chris d’Lacey!?